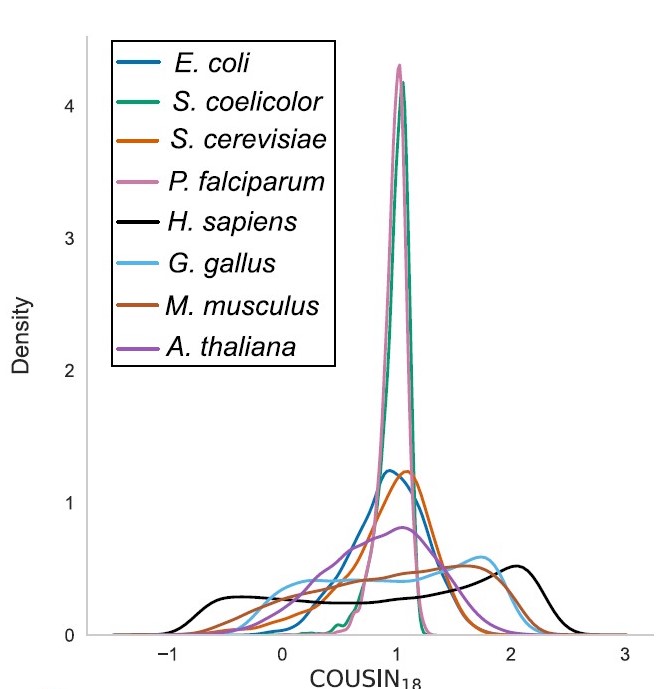 Several members of the team have skills in phylogenetics, high throughput sequencing data analysis, biostatistics; we use tools provided by the IRD bioinformatics facility.

The logiciel software COUSIN (COdon Usage Similarity Index) under development in our team, allows the estimation of codon usage bias by combining traditionnal method CAI (comparison of a given sequence against a set of reference sequences) and ENC (tests under null hypothesis: considering no bias).